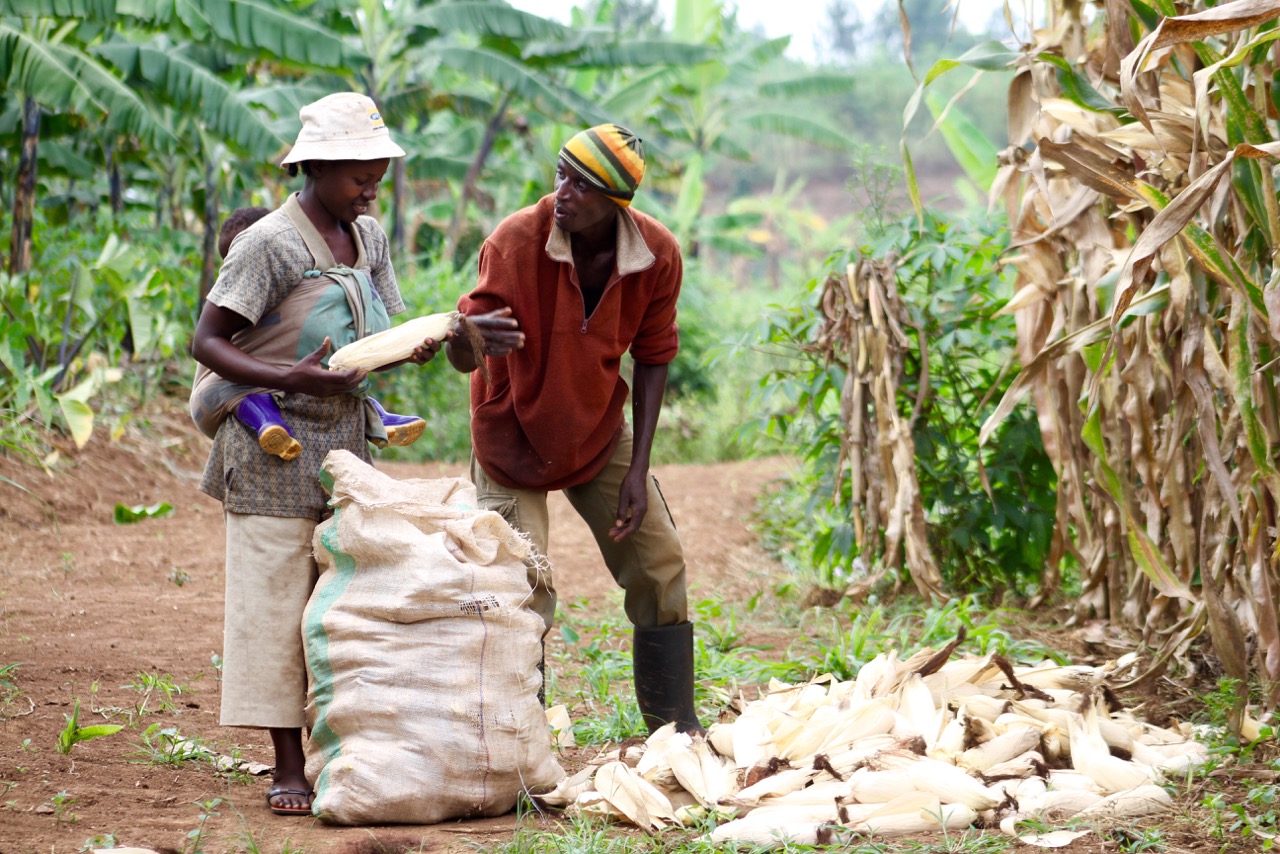 Rwanda is one of the countries that has a high percentage of it’s population practicing agriculture. However, Agriculture has been known as a survival activity, which people are pushed to do by hunger.  Very few people can provide enough for their families and thus practice sustenance farming as a last resort rather than as a chosen profession.

It has been done this way for centuries, generation after generation but the concept behind it is survival.

Through the community development program, we have been blessed to share with local farmers a different picture of what agriculture can be.  We have learned that agriculture is a privilege rather than a pain.  It is an enjoyable and sustaining activity in which we work to serve alongside with God feeding his people.

In the beginning, it was very difficult for the farmers to understand the value of their role in making Rwanda and the world a better place.  There was no clue of any relationship existing between the Creator, Creation and people. The land was there just to be exploited and exhausted.

Today, they are finding their work more like a ministry.  They have also learned to use a smaller piece of land to produce more without negative consequences to the environment.  This process is called “Farming God’s Way”.

Several farmers are getting aware of the real meaning of farming and it has changed the way they think and feel about their work.  They can now farm with more joy and hope than before.

Bicamumpaka is one of those farmers who has done agriculture work for years; he recently, reported the result he has experienced since he started training with ATN. He used to farm a small farm of 324 sq. meters. His production was only 10 kg of beans and 20 kg of maize. Today with half the size of plot, his harvest has multiplied by five, thirty kg of beans and 120 kg of maize! And this happened in a short period of eighteen months.

When we see our vocation in context of the bigger picture then amazing things happen!

Africa Transformation Network, Inc. exists to provide relief of the poor, the distressed, and the underprivileged and to bring about the spiritual and physical transformation of African communities through Christian discipleship, partnership, service and development.

Transformation doesn't happen only on the farm but … END_OF_DOCUMENT_TOKEN_TO_BE_REPLACED